The Belfry and its Jacquemarts

the construction of the belLTOWER

In accordance with many centuries of tradition, the borough of Saint-Pol-sur-Mer now boasts its own belltower. Historically, the belfries of Northern France were secular and a sign of emerging civic independence from feudal, religious or royal power.

The belfries of northern France, seen from afar (as with church towers) have a particularly imposing impact against the flat landscape of the region. The belfry of Saint-Pol-sur-Mer, inaugurated in 2003 and inspired by the belfries of Bergues, Dunkirk, Douai and Lille, is the first of the third millenium and perpetuates the cultural architectural tradition. 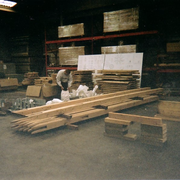 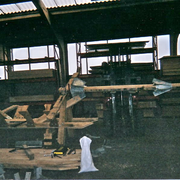 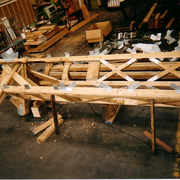 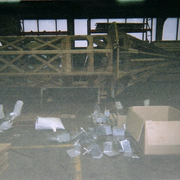 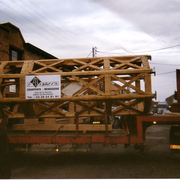 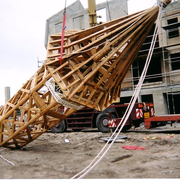 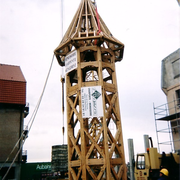 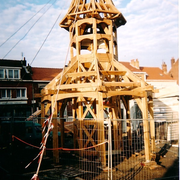 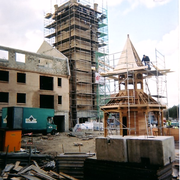 Work of the French architect, Daniel Cacheux, the belfry overlooks the borough from a height of 33 meters and stands guard over a new square, just off the main street "La Rue de la République". The yellow brick tower is characteristic of northern French architecture.

The square "Place du Chevalier de Saint-Pol" is named after the 17th century Knight Hécourt, captain of the King's naval fleet in Dunkirk, the borough is also named after him.

The belfry houses thirteen bells and four "jacquemarts" or bellstrikers, chosen to represent the history of the borough and its inhabitants. At 1m80, they are the tallest jacquemarts in Europe, striking the bells every hour.

The Saint-Pol Belfry has now become a significant tourist attraction.

The knight of St Pol

The knight of Saint-Pol-Hécourt was the successor to Jean Bart at the head of the French Navy based in Dunkirk. The borough is name after him.

The jacquemart of the spinner is a tribute to the great majority of the women in Saint-Pol-sur-Mer who worked in the large textile factories of this industrial town.

The jacquemart of the docker testifies to the working-class and coastal origins and traditions. Thousands of inhabitants of Saint-Pol, generation after generation, have worked on the waterfront and the ever expanding port, most of them as dockers.

This jacquemart represents the railway workers of the area. Indeed, the city of Saint-Pol also grew up with the arrival of a large population of railway workers. Even today, a sector of the town is known as « La Cité des Cheminots ».